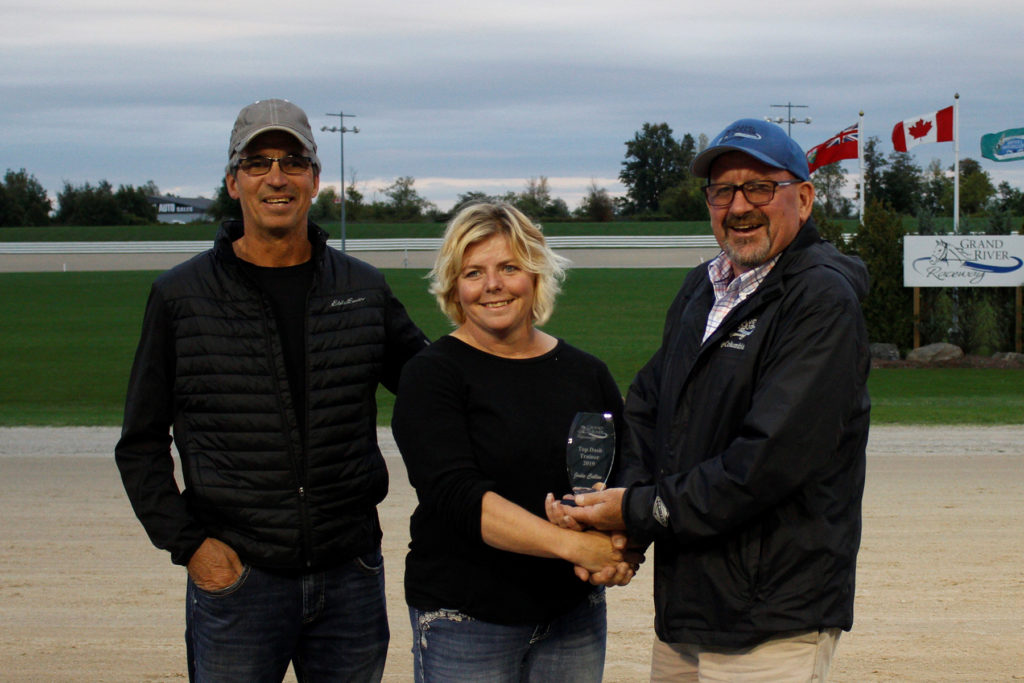 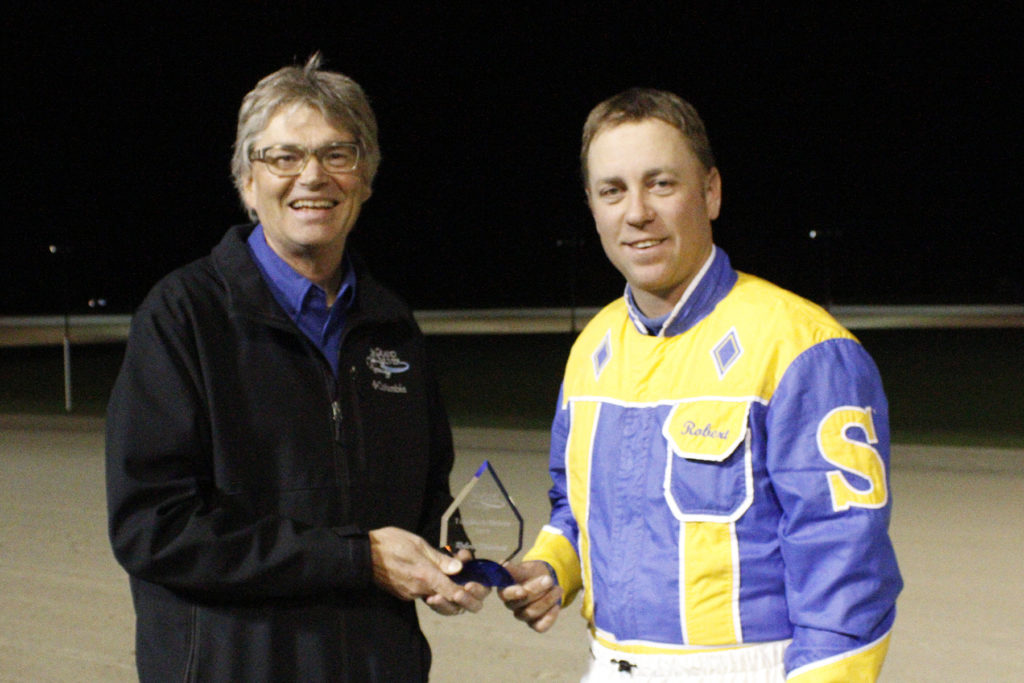 ELORA, ON — Grand River Raceway closed the book on its 2019 season on September 27, celebrating a 10 per cent bump in handle.

The track’s 29th annual Industry Day event on August 5 posted a record handle of $488,696 — the highest single day handle ever recorded since the track’s first race meet in 2004.

Top Performer presentations were made on September 25 and 27 (respectively) to Jodie Cullen and Robert Shepherd.

Robert Shepherd recorded 38 driving wins from 250 starts at Grand River Raceway in 2019. The Flamborough, ON resident recently surpassed 3,600 career wins and $25 million in purse earnings. He’s on target to record his sixth straight $1 million season and his 13th consecutive season with at least 100 wins. He’s currently third in the national driving standings with 231 wins. He’s also the current leading dash-winner at Flamboro Downs.

Trainer Jodie Cullen recorded 24 wins and trained horses to purse earnings of $127,759 at Grand River Raceway in 2019. Nearly half of her 95 starters at the Elora, ON oval finished in the top three, and more than one in four found the winners circle.

Dates for Grand River Raceway’s 2020 race season will be released in the new year. The facility is open year-round with gaming, dining and entertainment offerings. For complete details: www.grandriverraceway.com

Renovations are slated to begin in October on a $4 million project which includes an expanded Lighthouse Restaurant and Ship In barn that will house a new simulcast lounge, expanded kitchen and event space, administration offices, and a maintenance shop. Renovations are expected to be completed by June 2020. 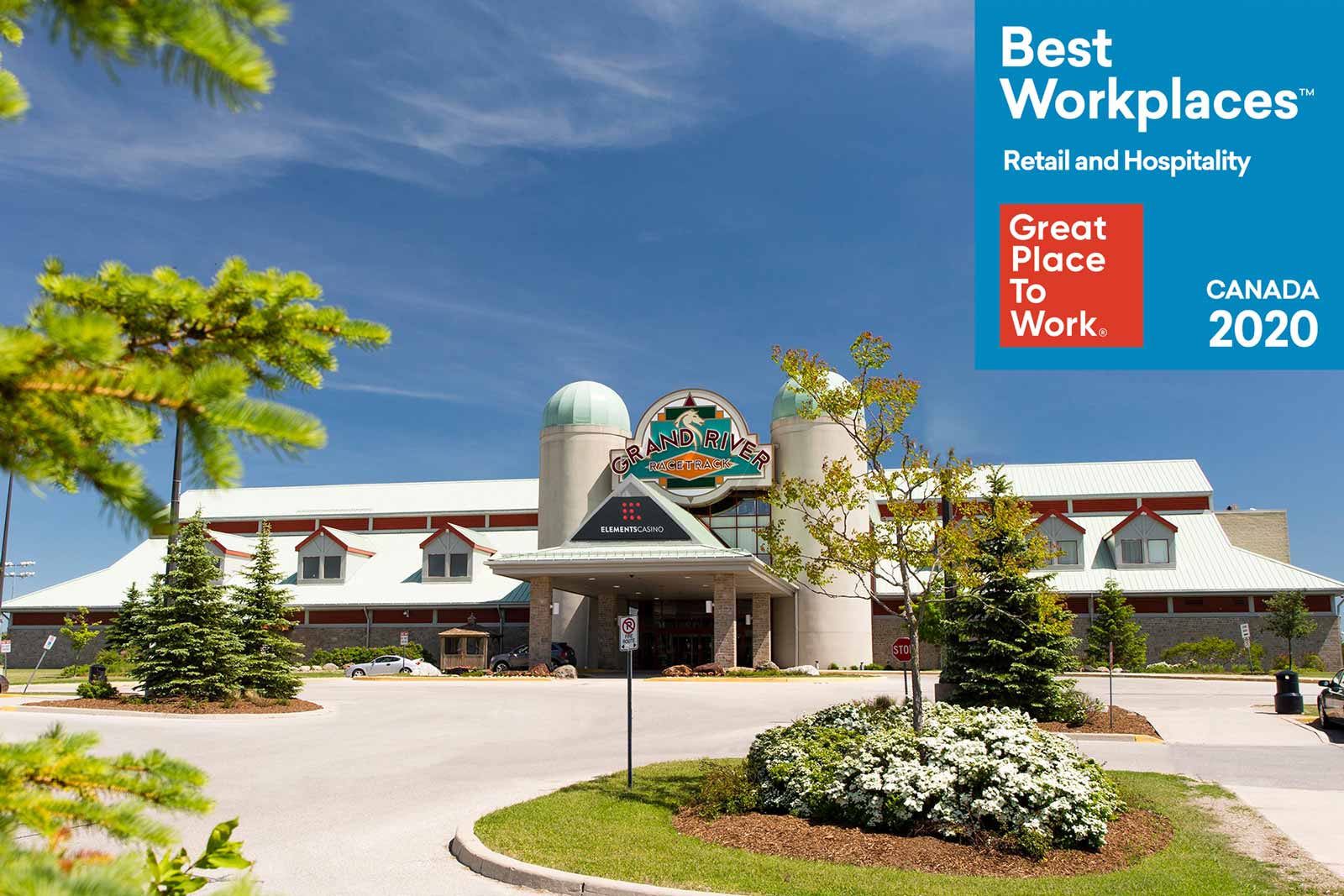 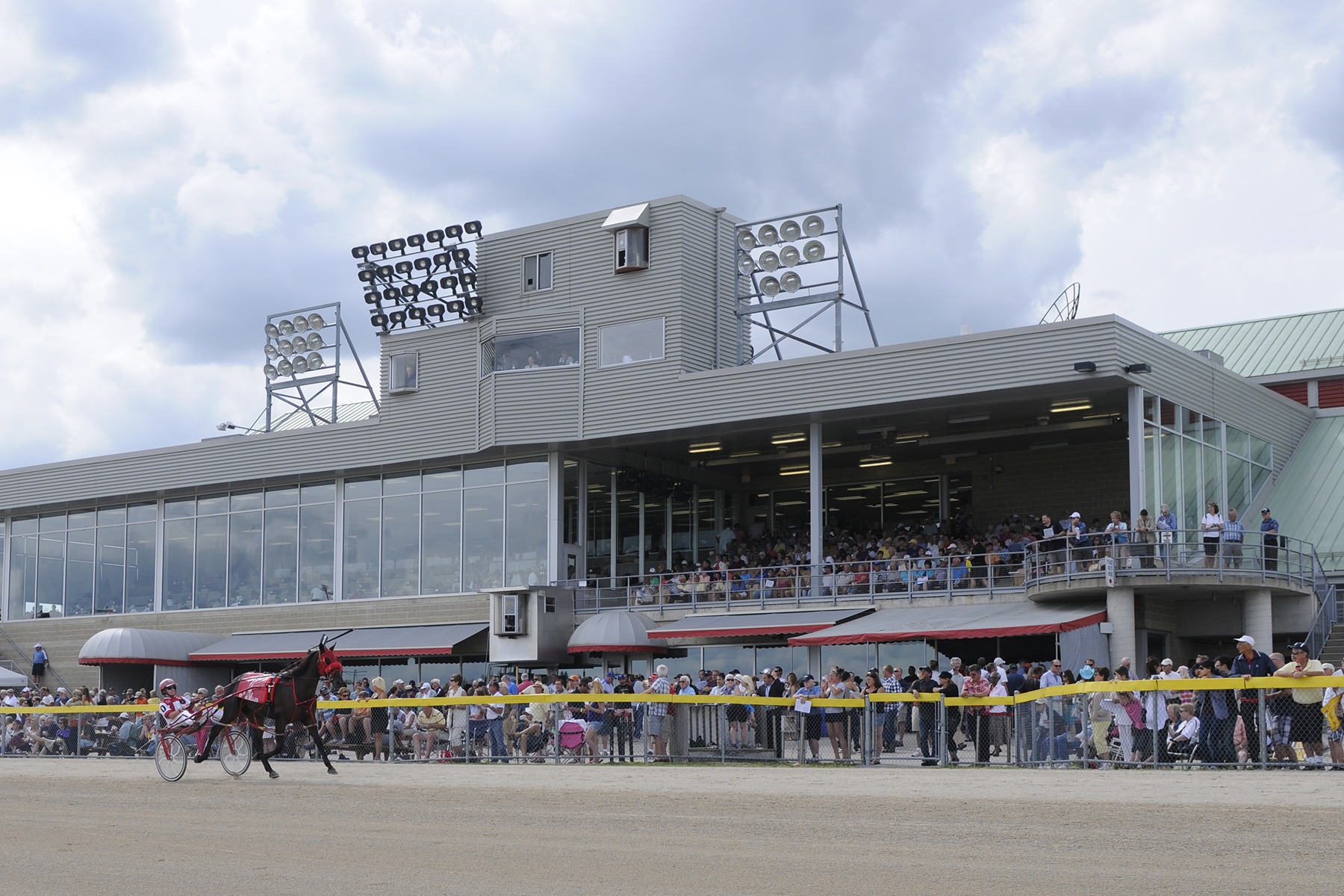 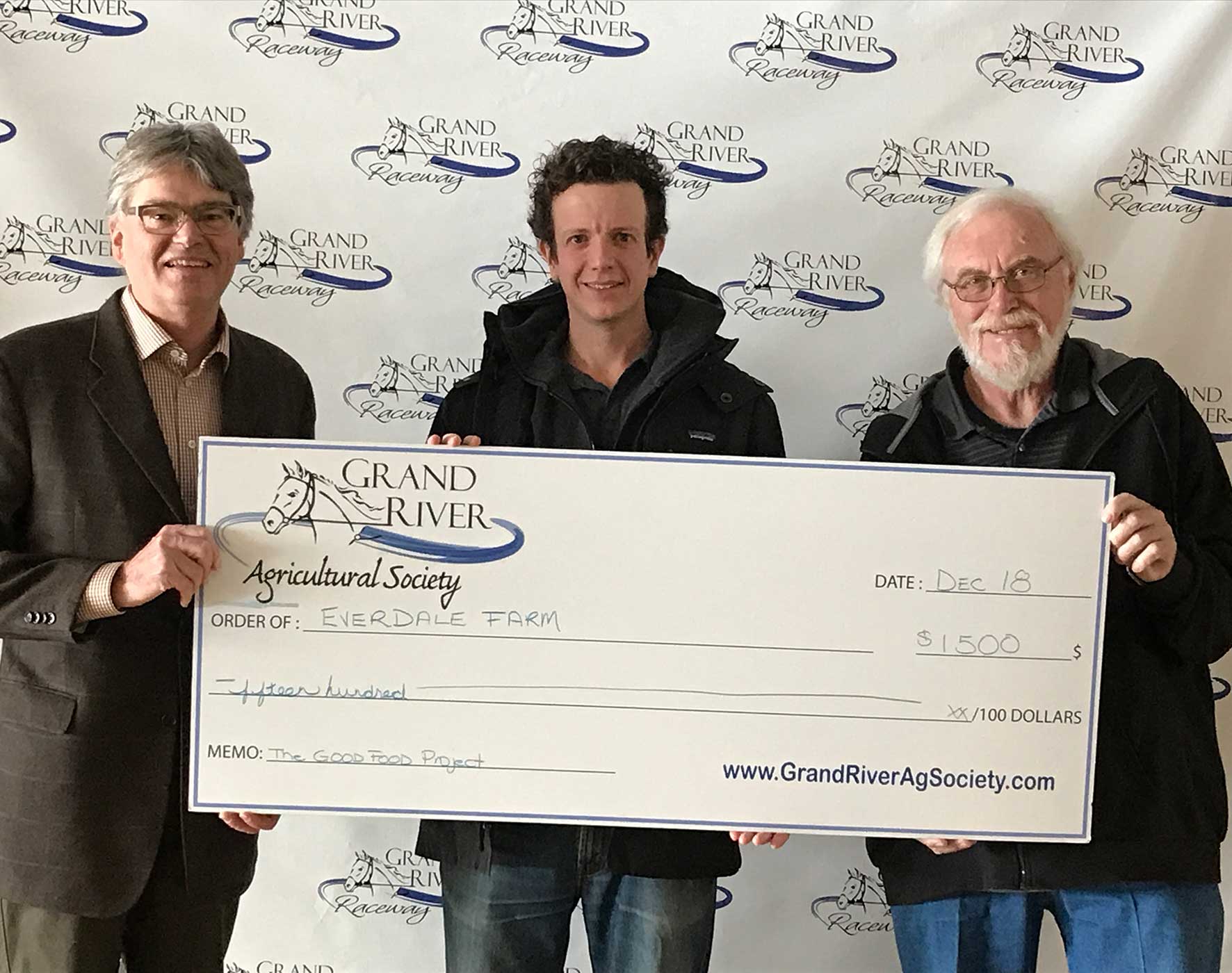 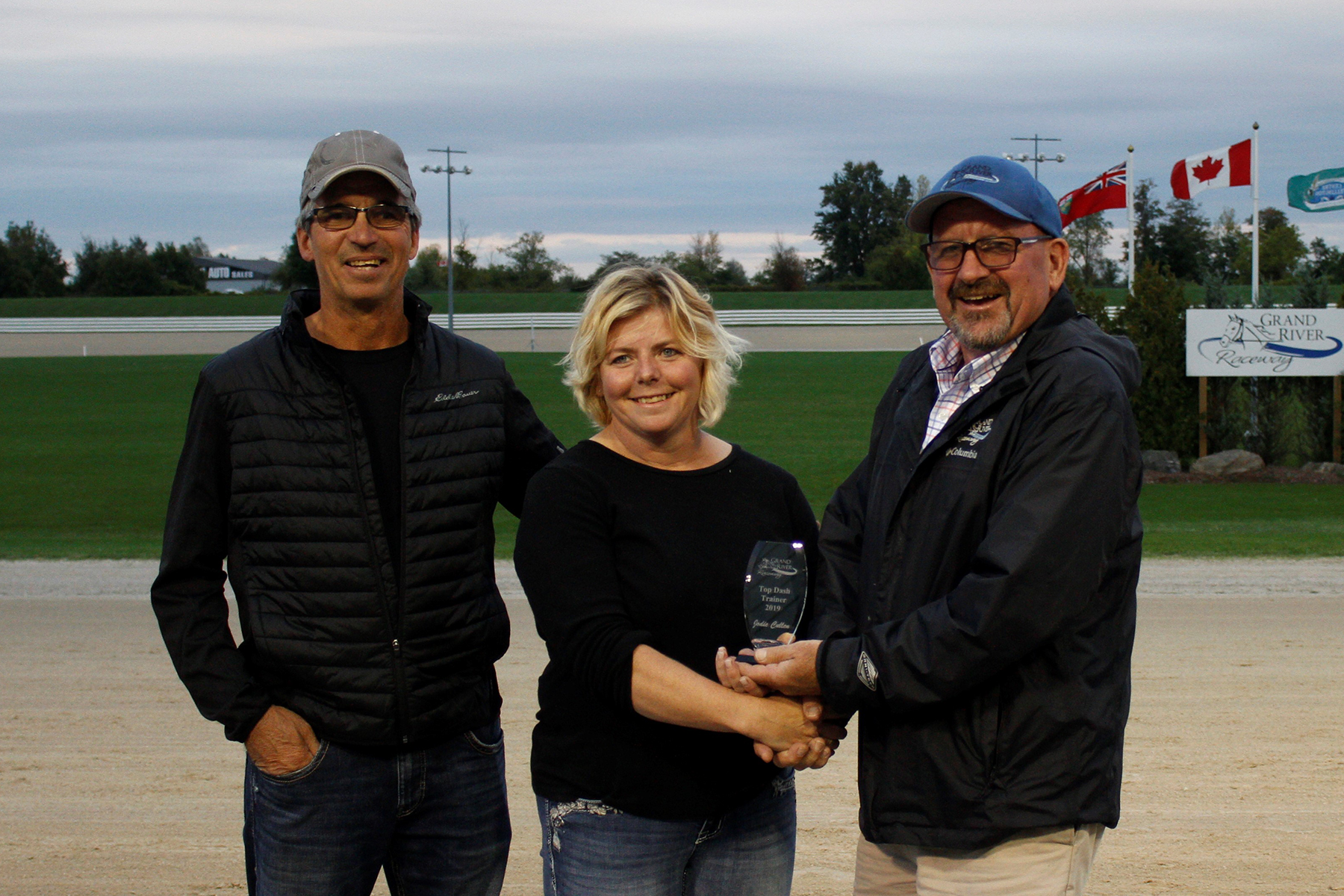