It began at the Elora, ON track’s predecessor Elmira Raceway in 1990 as a celebration of the harness racing industry to be featured as an afternoon card on each Holiday Monday in August. The Battle Of Waterloo was added in 1998 as the focal point of the event, offering a $200,000 contest for Ontario-sired pacing colts and geldings. Its female counterpart was added in 2009, dubbed the Battle Of The Belles.

The 30th anniversary edition of Industry Day is Monday, August 3 and the 10-race card kicks off at 12:30 p.m. EST. The 23rd annual Battle Of Waterloo and 12th annual Battle Of The Belles will be contested for estimated purses of $240,000 and $160,000 respectively. Elimination dashes for both finals will be drawn on July 22 and contested on Monday, July 27 starting at 6:30 p.m. EST.

Grand River Raceway officials are currently mapping out an Industry Day spectator plan. Last week, the Province of Ontario initiated Stage 3 in the Covid-19 reopening plan which permits indoor gatherings of up to 50 people and outdoor gatherings limited to 100 people with physical distancing protocols. As of this writing, the track remains closed to guests with an announcement forthcoming this week.

Race programs and live streaming video in HD are available for all cards at www.grandriverraceway.com and wagering is available through www.hpibet.com.

COSA-TV (managed by the Central Ontario Standardbred Association) will present exclusive Industry Day coverage in a live two-hour special hosted on its social media platforms. The show is hosted by Greg Blanchard, Mark McKelvie and Jaimi MacDonald and will include coverage of the Battle of Waterloo and Battle Of The Belles, feature stories about the contenders and prizing opportunities for viewers. 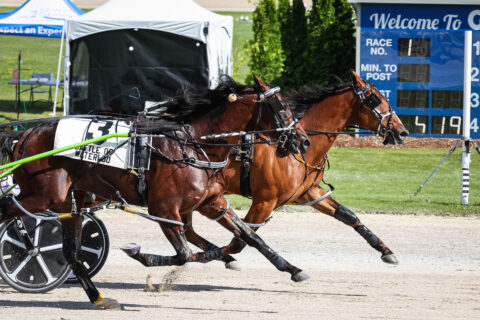 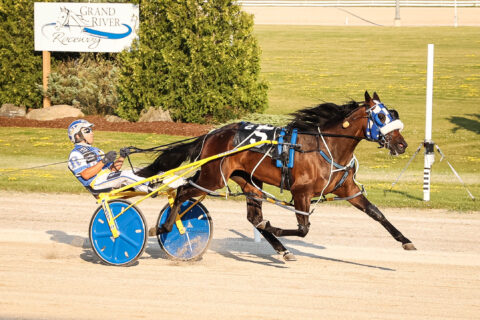