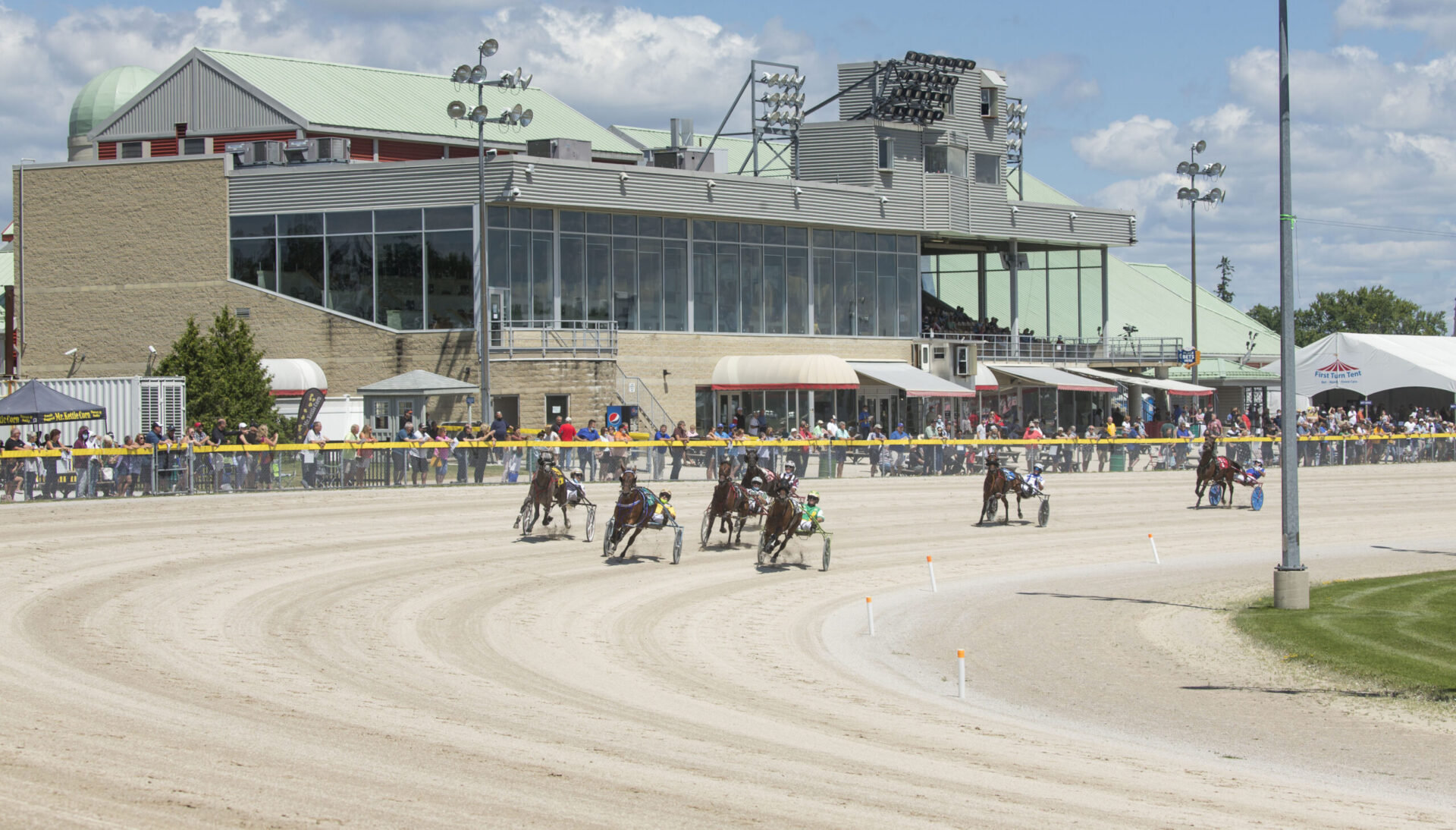 Team McNair heads the charge for the Waterloo trophy following a sweep of both eliminations. Sounds Good drew clear of his competition in the first elimination to win by 6-1/2 lengths in 1:56.3 – a time matched by his stablemate The Moment Arose, who pushed from the pylons to a coast-to-coast score by 2-1/4 lengths. Sounds Good starts from post 2 while The Moment Arose scores from post 5.

Doug McNair will try for his record fifth win in the Battle of Waterloo. He’s tied in wins from this event with Jody Jamieson, who lands the pylon post with the Blake MacIntosh pupil Bettor Bea Terror after a third-place finish to The Moment Arose. Trainer Gregg McNair also aims for his fifth win in the race, bringing him one victory closer to the winning-most trainer in the event Carl Jamieson.

Shake It Twice in the Battle of the Belles will also give the McNairs the opportunity to win both of Grand River’s marquee events, a feat they are the only to accomplish when in 2013 Lady Shadow won the “Belles” and Three Of Clubs took the Battle of Waterloo. Off a nose victory in her elimination, Shake It Twice secured the pylon spot on the wings. Brynley Seelster, who will have Jody Jamieson in the bike for trainer Jack Darling, starts just to her outside from post 2. And Big Big Plans, the third elimination winner, drew post 5 with Trevor Henry slated to steer the Bob McIntosh pupil.

Grand River’s stakes card will also include two $100,400 divisions of Ontario Sires Stakes Gold for three-year-old pacing fillies, carded as Race 3 and Race 5 on the program. The Battle of the Belles and Battle of Waterloo will wrap racing as Race 10 and Race 11, respectively.

Industry Day, now entering its 32nd year, brings together harness racing fans, families, and the community in to enjoy entertainment both on the track and on the apron. The Neighborhood Kids Area will offer face painting, pony rides, and a petting zoo. Food trucks will be on-site for all patrons, and attendants are encouraged to follow the Grand River social media channels to see what trucks will be present closer to Aug. 1. The Central Ontario Standardbred Association will also be awarding $100 HPI gift cards to the groom of each winning horse.

The Back Stretch will be open for parking and will have wagering, BBQ, and canned alcoholic and non-alcoholic beverages available. Racing gets underway on Monday, August 1st at 12:30 p.m. (EDT).