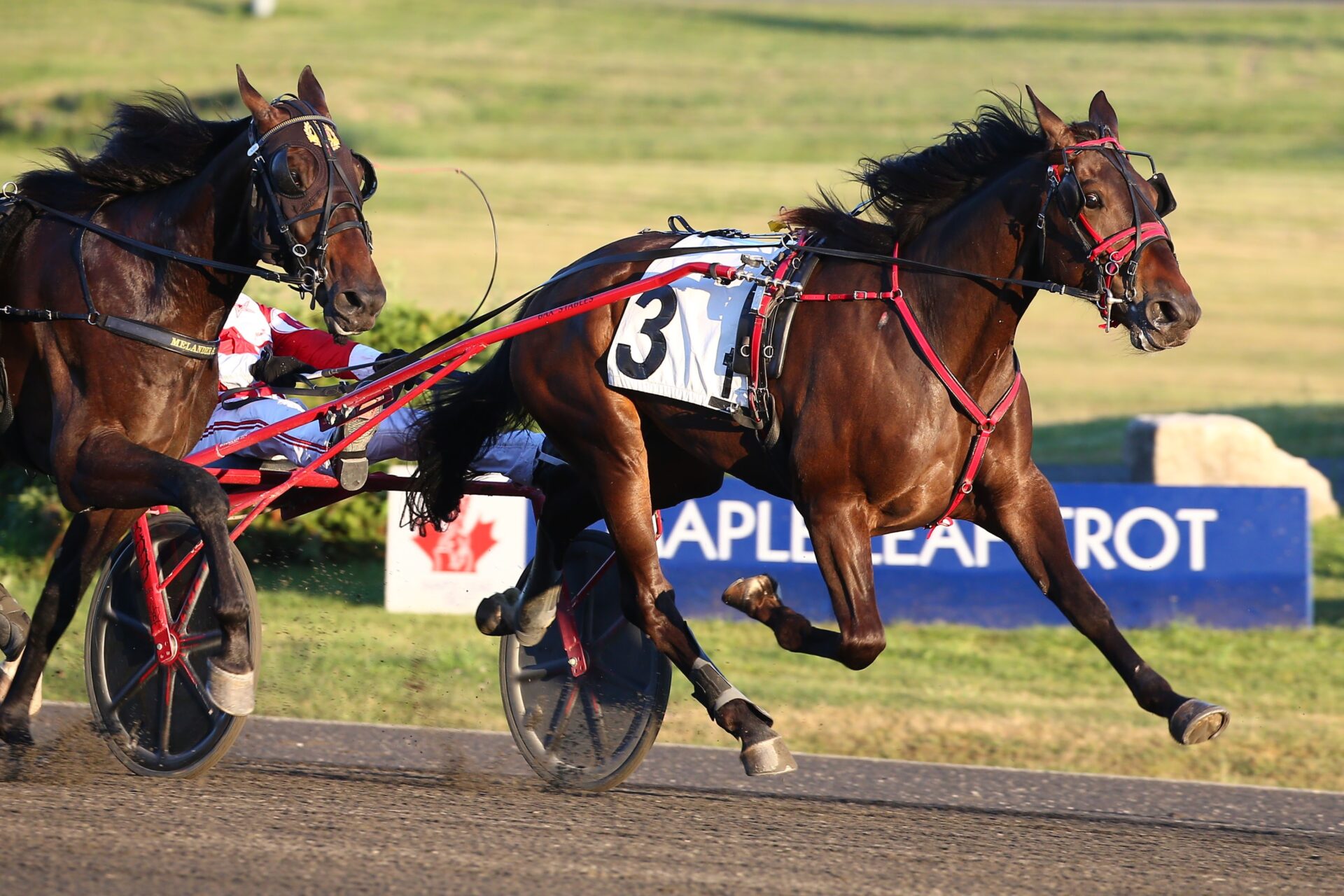 One of North America’s leading stakes programs, the Ontario Sires Stakes and its accompanying Prospect Series are back in full force for 2022, launching Confederation Cup weekend, May 21 and 22, at Flamboro Downs.

All four of the three-year-old Prospect Series classes will headline the Saturday, May 21 race card, and Confederation Cup Sunday (May 22) features the opening leg of the Grassroots Series for three-year-old pacing colts.

The Gold Series gets underway on May 30 at Woodbine Mohawk Park, with the first leg for the three-year-old trotting colts.
Veteran trainer John Bax will look for sophomore trotting gelding Duly Resolved to carry the momentum from a two-year-old campaign that saw him win three Gold Series divisions and earn $631,000 through 12 starts on his way to an O’Brien Award nomination.

“This (series) is what horse racing is all about. Developing a horse as a yearling then racing it as a two-year-old, and three-year-old,” said Bax, “That’s the reason I get out of bed in the morning, and this program is the best bang for your buck in North America.”

Woodbine Mohawk Park will host the Grassroots Semi-Finals on September 22 and 23 with the Championships a week later, and the OSS season wraps up with the Gold Super Finals on October 15 at the Milton oval.

As per tradition, signature stakes events at racetracks across the province, such as the Kin Pace Final, Earl Rowe Trot, Industry Day, Balanced Image Final, Camluck Classic Night, and more, will feature legs of the Gold, Grassroots, and Prospect Series.

Horses racing at the Prospect Series level will enjoy three additional racing opportunities this season, with eight events for each age/sex/gait class going postward for $6,500 (added) per division.

Three of the sophomore legs will see two races go opposite the corresponding Gold and Grassroots Legs (i.e. Leg 1A and 1B opposite Leg 1), while all eight of the two-year-old events will have an A and B component, with the first leg getting underway opposite Leg 2 of the OSS events.

“I think people will be pleased with the changes, especially the additional Prospect Series races,” said Ian Fleming, General Manager of Clinton Raceway and SIP Committee and Ontario Racing Board member. “Overall purses have remained stable even with disruptions in wagering, and it’s a season we’re looking forward to getting started.”