After 5 years at Grand River Raceway (GRR) and a lifetime in the horse racing industry, it is time for Jamie Martin to hang up his blue GRR shirt and enjoy his retirement.

Martin joined the Grand River Raceway team in December 2017 after a 17-year celebrated career at Woodbine Entertainment Group (WEG), retiring from his position as Executive Vice President of Racing. Prior to WEG, Martin was the long-time Racing & Gaming Manager at Western Fair Raceway in London, Ontario. In 2014, he became the first Chairman of the Board for the Standardbred Alliance, which helped to stabilize Ontario’s harness racing industry.

“I’ve really enjoyed my time at GRR,” says Martin. “The team cares so much about what we do. It’s been a privilege supporting the GRR team, and I’m proud of what we have accomplished. I look forward to returning as a customer to enjoy a night of racing.”

Martin will leave a lasting impression with GRR. The organization will proudly remember him for his calm demeanour, strong expertise, and his drive for GRR’s success.

Providing guidance and leadership to a growing team, Jamie is highly respected amongst all at GRR. Martin set the standard for GRR and the organization knows the precedence to uphold as they move forward with planning the 2023 race season (and beyond).

“Jamie has been an incredible colleague, generous with his knowledge and time, and always only a call away,” shares Katie Giddy, VP Operations. “Like Dr. Ted Clarke, Jamie leaves a legacy at Grand River, and we will strive to continue with the same level of passion and professionalism he has displayed over the past 5 years.”

GRR wishes Martin only the very best in his retirement at the end of the month and they look forward to seeing him back as a spectator when the 2023 season kicks off in June. 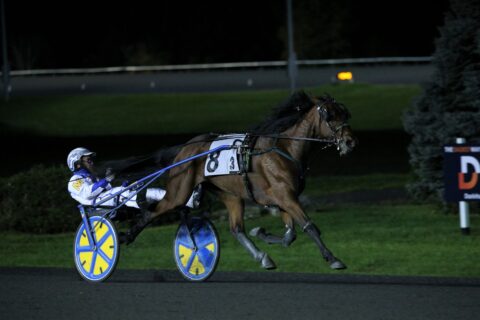