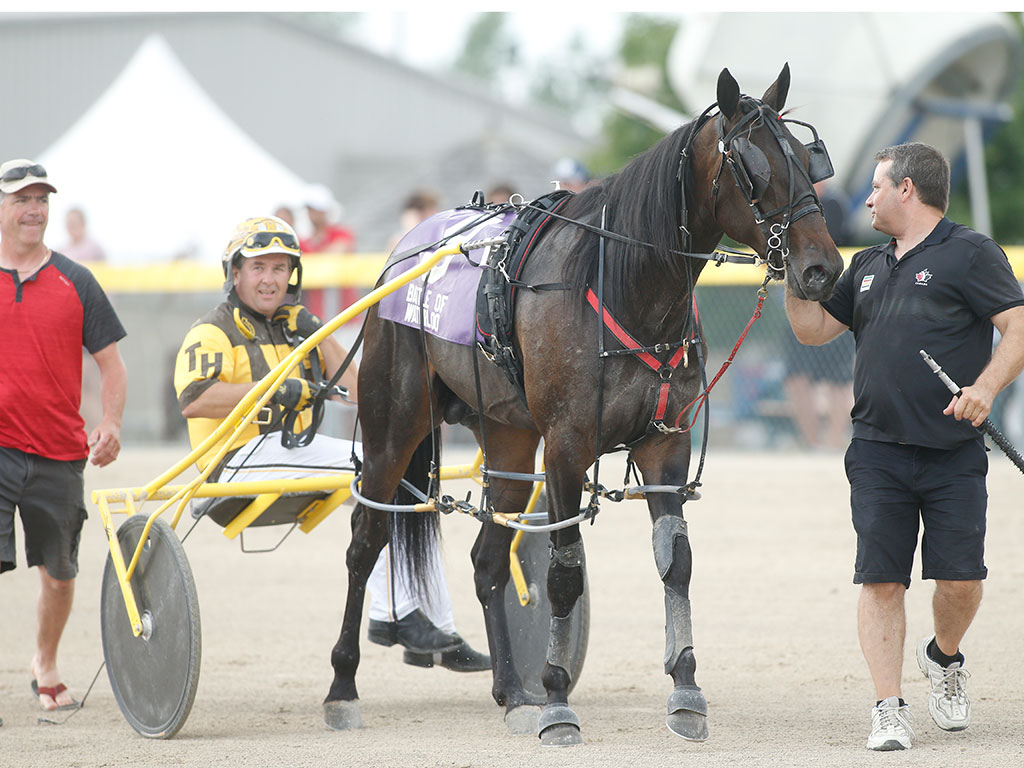 ELORA, ON — Grand River Raceway marked its 28th annual Industry Day Horse Racing Celebration on August 6. The event featured 11 races totaling $565,855 in purses, including the track’s biggest races, the Battle Of Waterloo and Battle Of The Belles.

Nine of the best freshman two-year-old colts headed to battle this afternoon at Grand River Raceway. Amidst rain showers and overcast weather, Bronx Seelster parted the skies to win the $262,000 Battle Of Waterloo.

Having drawn the trailing position of post nine, Bronx Seelster and Trevor Henry followed Prestige Seelster (Bob McClure) off the wings and landed fourth behind Wager On Me (Jody Jamieson) and Twin B Watching (Doug McNair).

Wager On Me put up quarter fractions in a quick :27.1 as Twin B Watching pocket-pulled to lead the field to the half in :55.1 as Bronx Seelster came with the first-up attack to clear and lead his foes to the three-quarters in 1:24.1 with Bettors Wish (Paul MacDonnell) in pursuit.

Wayne McGean trains the two-year-old son of Big Jim and celebrates his first Battle Of Waterloo victory with a colt who has now surpassed $225,000 in six starts. The $22,000 yearling has now returned his yearling price 10 times over for owners Capers 3 Stables of Sydney, NS. The victory was also the third win of the card and the first Battle Of Waterloo score for driver Trevor Henry.

10th annual Battle Of The Belles

Trainer Dave Menary scored his third Battle Of The Belles title in a favored victory with Quebec Blue Chip and driver Jody Jamieson.

The Sportswriter daughter fronted the field through fractions of :28, :57.2, and 1:26.2 for a mile time of 1:55.1 in the $163,840 race. Menary also trains the runner-up in the race, Ideation Hanover (James MacDonald). Powerful Chris (Bob McClure) was an elimination division winner last week and put forth a persistent first-up battle against front-facing Quebec Blue Chip, but faded to fifth in the later going.

At 8-1, Cousin Mary and Trevor Henry also lowered the aged pacing mares’ track record to 1:53 after holding off Butter Milk Hanover and Bob McClure in race six. The clocking replaces five ties of the former 1:53.2 mark which was first established in 2013.

The Best Of Show competition sponsored, by the Ontario Harness Horse Association (OHHA), awarded $1,500 to the caretakers of horses racing on the Industry Day card. Fifteen prizes of $100 were presented to the top five in each of the following categories: Best Of Show Head-To-Toe; Horse & Groom; Above & Beyond (braids, sparkles, etc.).

Six harness racing proteges took to the racetrack with their ponies (and accompanying drivers) in the Young Guns Race. Quinton was the race winner in the five-horse race, driven by Eric Lachance with help from his mother Marielle Enberg.

Photos and videos from Industry Day: 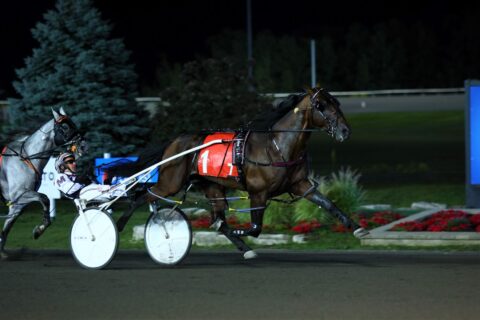